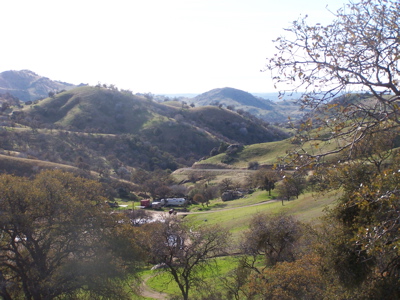 At the turn of the century, many people were making their way to Woody, California in search of gold and copper. In 1891, Joseph Weringer, Sr., discovered copper bearing ore near Woody. His development of the Greenback Copper Mine brought workers and their families to the area. Mr. Weringer so believed in his vision of people and prosperity for this mining and ranching community that he laid out and recorded a townsite in 1909, naming it Weringdale. He further acted on that belief by building a nine-room hotel and dining room. Across the street from the hotel, Mr. Weringer built a store where people could pick up supplies as they picked up their mail. However, the name “Weringdale” never caught on. From all available official records, and from the writings of the historians and storytellers in those earlier years, the area continued to be referred to as “Woody”, in honor of Dr. Sparrell Woody, a successful cattle rancher in the area.

A complete account of the history of Woody, California can be found in the Blake School Library.

This year here at Blake we have had a lot of changes. We’d like to kick off the new year with some big changes for our classroom and kids! We’ve thrown... Read more

Congratulations to Mrs. Duty! We will be kicking off the 2021-2022 school year with Mrs. Timari Duty as the, now full-time, teacher and school principal. She has also... Read more
All news